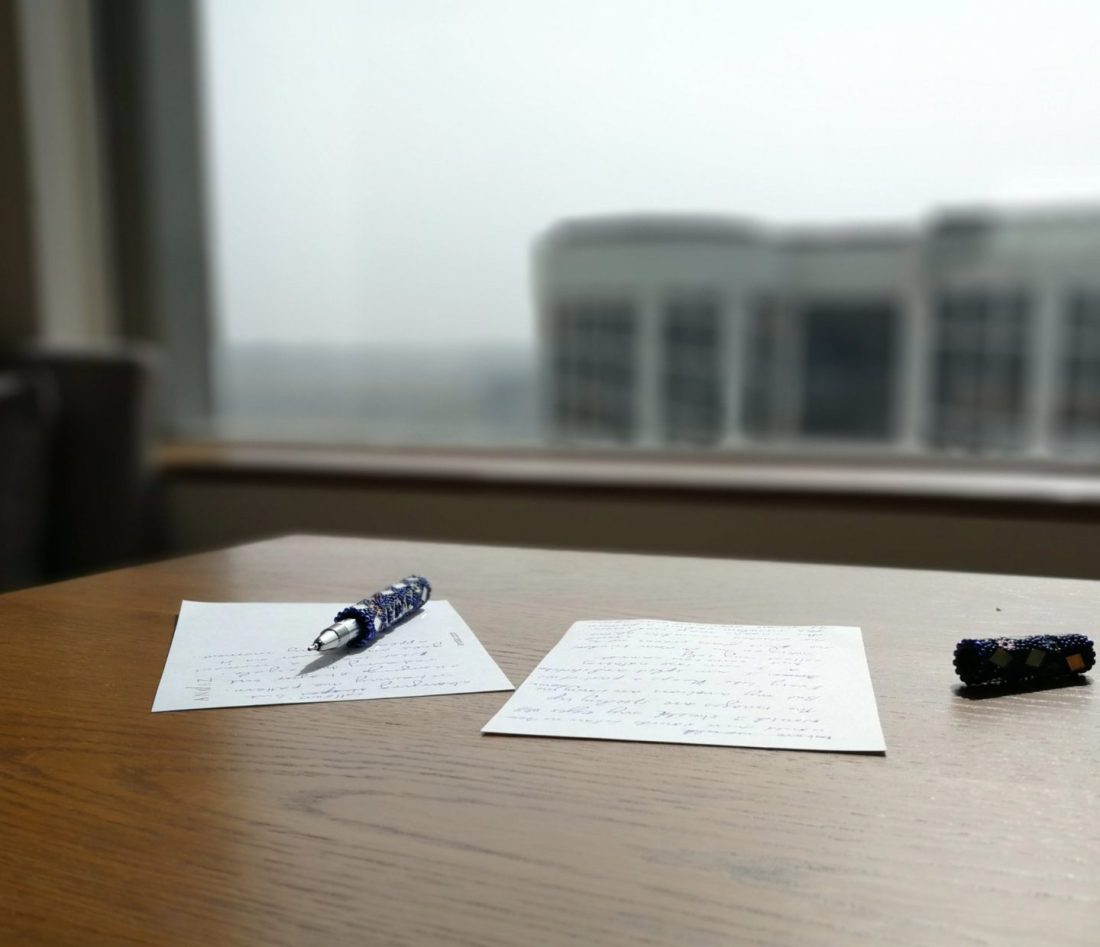 The hair fell in a neat bunch on the apron, as the skilled hands of the barber, cut them to size. I knew the curling locks would be fun and fashionable, but was also aware that the norms were not what they adhered to. My hair style is for others to like. They liked it short and neat. ‘Short and neat’ was what it would be, assured the barber.

The gentle rhythmic sound of the scissors put the sleep on my heavy eyelids. I drifted between the real and the dream. The mobile phone of the barber rang. The caller tune was a catchy Bollywood song depicting the famous ritual of breaking of the ‘Matki’ – the pot full of butter tied away exclusively at a height. The pot as per the tradition is broken by an enthusiastic ‘human pyramid’ depicting the act of ‘Krishna’ – the God, to bring down the exclusive butter, for everyone’s consumption, without any prejudice. Everyone was entitled to the butter, rich or poor, girl or boy.

The ring of the phone brought me to the real.

The barber temporarily suspended the project ‘short and neat’ to attend to the call, which seemed far more ‘urgent and important’ to him. There was no choice for me, but to overhear the conversation, as he spoke into the speaker phone louder than needed.

It was a good news. The matrimony of his sister was fixed.

His mother thanked God for his grace and her late husband for his wisdom which brought them this happy moment. She was happy for their father’s decision not to allow the girl to pursue her studies beyond what she had learnt at her home. The future in laws during their meeting, she said, were appreciative of the fact that the girl was brought up in the traditional manner and was not spoiled by giving her ‘unnecessary’ education.

She affectionately added, “Beta, please do not to intervene and put a spoke in the event like you did in case of your elder sister. You know that, your insistence on educating your sister was the biggest curse.”

She went on to lament the sad fortune of his elder sister, who was yet to find a suitable family, just because every prospective bridegroom was threatened by the ‘over educated’ girl.

The barber’s lips quivered but he didn’t utter a word.

“She is a fool” continued his mother, filling the silence with her outrage, “She still insists on continuing her work at that godforsaken school and has no interest in the household jobs. Isn’t that blasphemous”?

“She is too independent”, continued his mother, blaming his sister for her own helplessness. “…and the money she gets for the household has gone into her head. I wish I can get her married so that this demon in her mind could be destroyed. Her education is her curse, she will one day realise that”.

The mother prophesied that one day the society will cut her wings and put his sister to her place.

The barber pushed a button and the conversation ended.

He picked up the scissor to resume his craft. The snipping of the scissors this time, followed a melancholy rhythm, betraying the thoughts in the mind that directed the hands.

The phone rang again. He allowed the song to ring till it faded away. The exclusive butter in the high pot remained far away from the needy hands as water cannons from the crowd below brought down the valiant yet shaky pyramid of hope.

I couldn’t stop myself from making the sympathetic enquiry on why he felt sad after hearing the happy news. He started to answer, but paused.

He picked his scissors. He assured once again, that my hair would be cut to size. He promised that when the scissors finish the work and I look myself in the mirror, I would find my hair ‘short and neat’, the way everyone likes it.

The curls and the flowing locks were cut to size. The snipping scissors put me back to sleep. Like so many others, I also felt that the ‘real’ was not worth being ‘awake’.